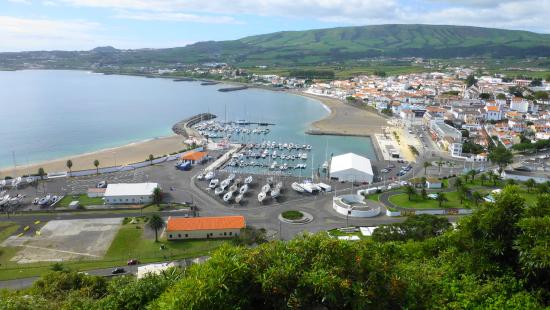 The Viewpoint at Serra do Facho offers a panoramic view of the city of Praia da Vitória, its bay and ocean port. 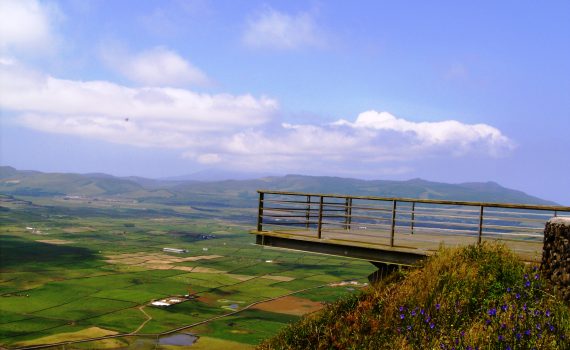 The Viewpoint at Serra do Cume has one of the most beautiful landscape views of the Azores, popularly called “Manta de Retalhos” or “Patchwork Quilt”. On one side you can see the bay of Praia da Vitória and the Lajes plane and on the other is a view of the […] 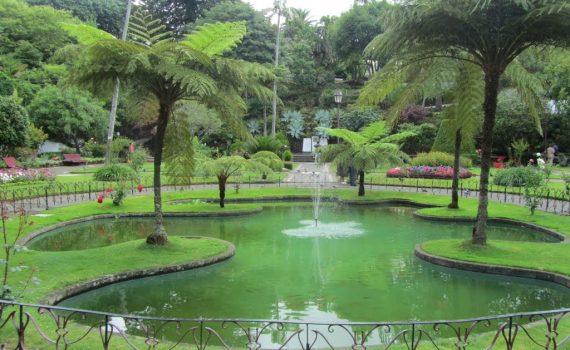 The Jardim Duque da Terceira (Duke of Terceira Garden) is a botanical garden in the centre of Angra do Heroísmo with many well cared exotic specimens. In the upper portion of the garden, the “Tanque do Preto” deserves a visit. (It is called Black Man’s Tank because of a statue […] 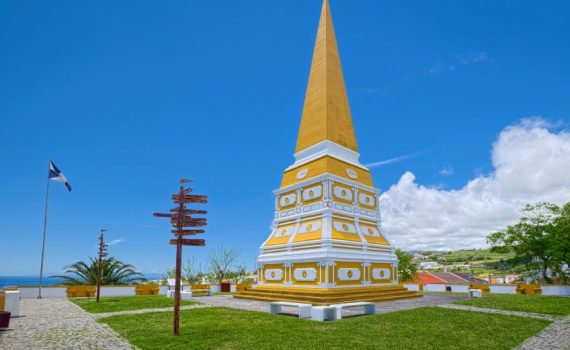 This obelisk is a remembrance of King Dom Pedro IV’s presence in the city of Angra. It was erected on the spot of the first castle of the city that stood in the fifteenth and sixteenth centuries. 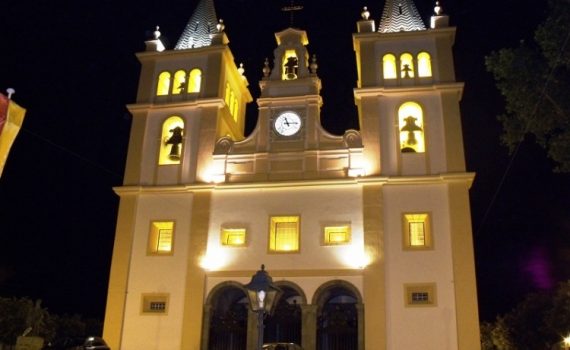 This church was built in the architectural style of the Philippine Dynasty at the end of the sixteenth century over a gothic church dating from the fifteenth century. Its interior has many very interesting details among which are an enormous ambulatory main chapel and a carved cedar ceiling. 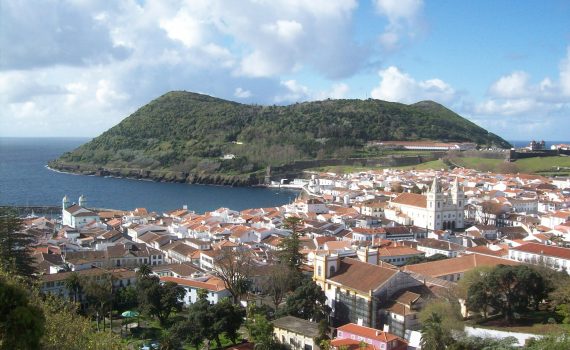 Monte Brasil is an extinct volcano that emerged from the sea to join the city of Angra do Heroísmo. It is a protected landscape and the city’s natural park. Monte Brasil has excellent viewpoints and tree and shrub species that are of special interest. The Castle of São João Baptista […] 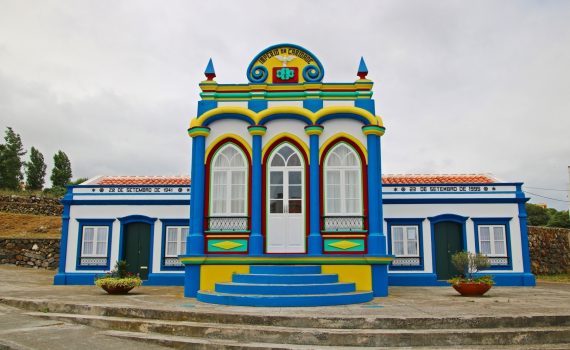 The Impérios, also known as “theatres” of the Holy Spirit, are like colourful guiding beacons in this landscape of whitewashed houses. Most of the 68 Impérios found on Terceira Island are from the late 19th century. 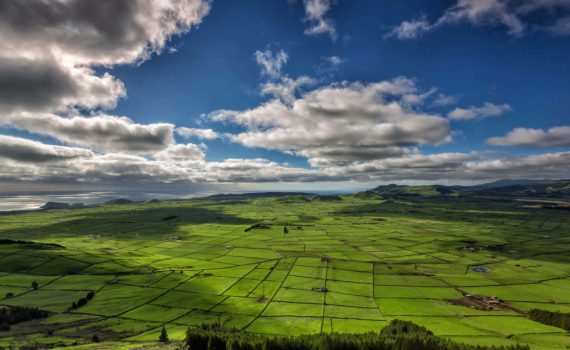 Serra do Cume Viewpoint – At over 500 m altitude, one can look out over an astounding landscape, a patchwork of green pastures dotted with whitewashed houses. 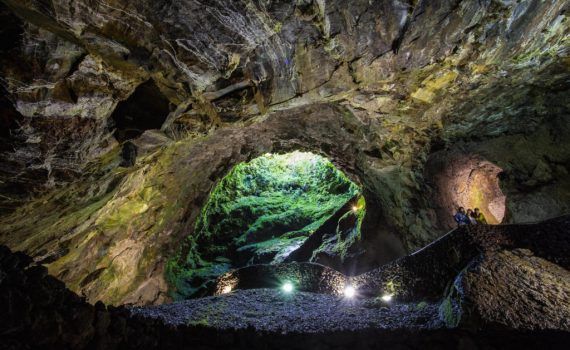 Algar do Carvão – A notable volcanic chimney with beautiful natural scenarios, including amazing stalactites and stalagmites. 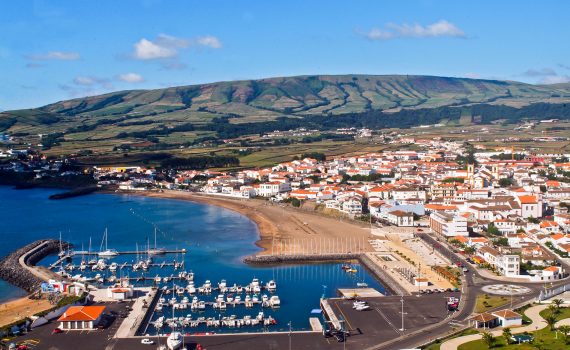 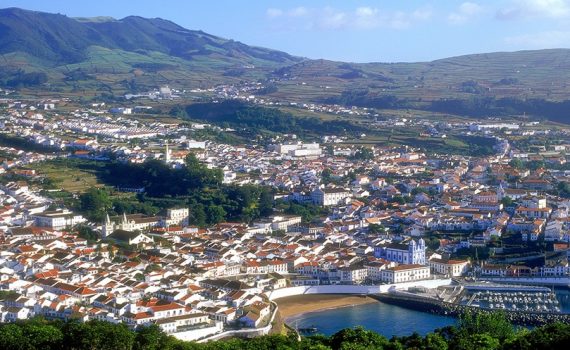